The Cottbus Prison Memorial is a place to protect against forgetting the history. Illustrative, close and unique.

In October 2007, former political prisoners of the GDR founded the association Menschenrechtszentrum Cottbus e. V. (MRZ), which has been the owner of the former prison (1860-2002) in Bautzener Straße and the sponsor of the Cottbus Prison Memorial since 2011. The work of the memorial focuses on dealing with political injustice during the National Socialist reign of terror and the SED dictatorship.

Throughout the year, several permanent and special exhibitions at the Cottbus Prison Memorial show examples of political injustice from both German dictatorships of the 20th century. Special importance is attached to biographies of former political prisoners: The focus is placed on the reasons for imprisonment in Cottbus, the life stories of the prisoners and their attempts to preserve their dignity even under undignified conditions.

The main building of the memorial in the former Detention House I (Hafthaus I) and the outdoor area with the free yards (Freihöfe) invite visitors to explore independently. Photos, documents, exhibits and drawings illustrate the prison and working conditions in the Cottbus prison system from 1933 onwards and provide an insight into the persecution and repression mechanisms of the respective system of rule. 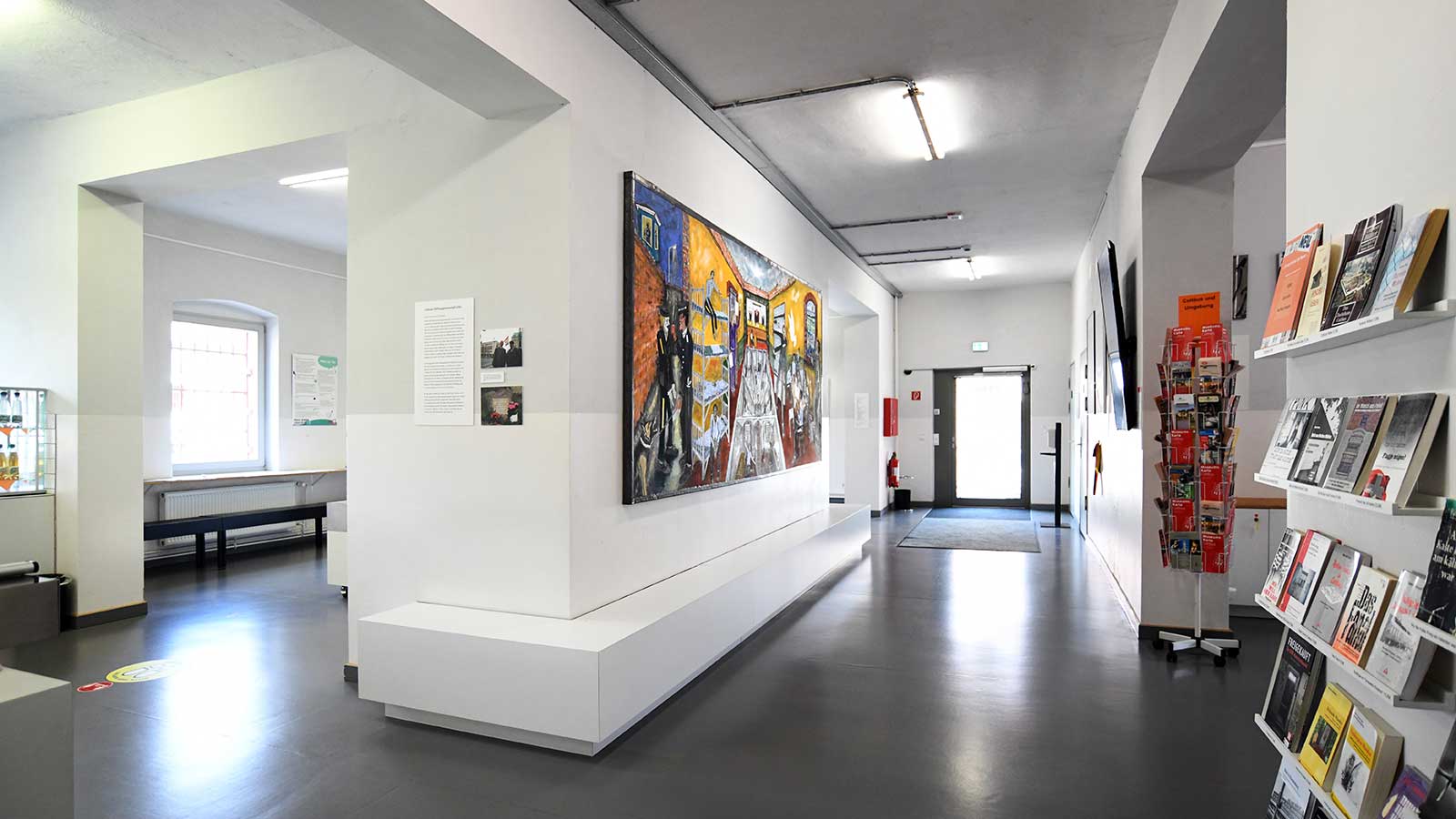 Dieter Dombrowski, imprisoned in Cottbus prison from August 1974 to December 1975 for attempted escape from the Republic

"Every day of imprisonment was worth it - for the happiness of living in freedom and self-determination."

Using modern experience-oriented, creative and interactive methods, the Cottbus Prison Memorial provides information at the historical site about the injustices committed during the Nazi reign of terror and the SED dictatorship. The history of the Cottbus prison as well as the historical developments and structures of the respective repressive apparatuses are illuminated with a variety of educational formats. Talks and guided tours with contemporary witnesses bring the history of the prison to life.

Through the examination of historical photos and film footage, objects and archive materials as well as the memories of those affected, a differentiated picture of the past emerges. At the same time, as an extracurricular place of learning, the memorial aims to raise awareness of current social and political developments around the world. The focus is always on respect for human dignity and human rights.

Lutz-Peter Naumann, imprisoned in Cottbus Prison in 1972 for "anti-state agitation".

"Somehow I expected more from life than just swearing allegiance to a party..."

Admission until one hour before closing time.